When researching and writing this article on how fast a hoverboard can go, it really got me wondering: What is the fastest hoverboard in the world?

Before I even set out to answer this question below, I know it was going to be tough to answer. There are so many factors that can influence a hoverboard’s speed, as I discussed in detail in the article linked to above.

What does it take to be the fastest hoverboard?

The fastest hoverboard is going to require the perfect combination of high quality parts that work together to produce maximum speed.

To begin, the most powerful motor possible that can reasonably fit into such a device will be needed. To fuel that motor, a battery large enough to fuel such a motor will be necessary. Last but not least, a highly advanced motherboard will be required to control all that power output to the wheels.

In order to acheive this, a hoverboard’s price is inevitably going to skyrocket. That’s why the world’s fastest hoverboards (no spoilers yet…keep reading!) don’t even make my list of the best hoverboards to buy today. They’re a little too expensive for the average user. 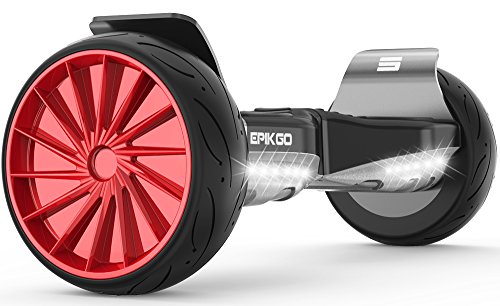 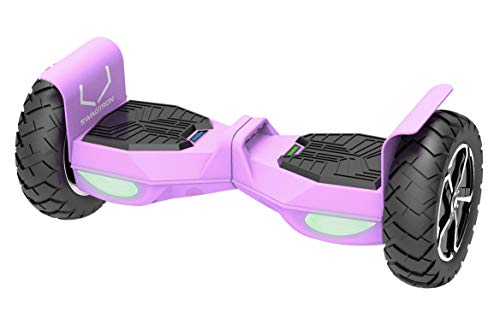 Swagtron Swagboard Outlaw T6 Off-Road Hoverboard – First in The World to Handle Over 380 LBS, Up to 12 MPH, 10″ Wheel2, Purple/Pink

Although hoverbords usually come with a listed maximum speed, this speed may vary by rider. Heavier riders may find it harder to reach that speed, while lighter ones may easily surpass it.

That’s why some of the fastest hoverboards even come with settings that allow users to set the maximum speed, for example to keep children’s safe.

Hoverboards can also go faster on smoother surfaces or when going downhill. Some of them may even start beeping when going too fast, which is a good safety feature but can also be annoying for thrill seekers.

Most hoverboards on the market have a maximum speed of around 6-10 MPH (9.6-16 km / h). Generally speaking, those in the budget price range are also going to be at the lower end of this speed scale, while higher priced are going to be closer to 10 MPH.

If you want to ride one of the world’s fastest hoverboards, you’re most likely going to have pay more for it. Remember above when I mentioned that a more powerful motor and battery will be needed to reach higher speeds? Well, those most robust parts also cost more money.

All right. It’s time to get down to it. The following two super high speed hoverboards are the fastest I could find available at the time of writing, and they are both tied at 12 MPH.

I’ve seen a lot of articles suggesting that the Streetsaw Pro is even faster, at 12.5 MPH, but according to the product specs page, this is simply not true.

The top-of-the-line EPIKGO Sports Plus is a sleek, high performance machine that has an upper speed limit of 12 MPH (19 km/hr), making it the current world’s fastest hoverboard. The price tag on this one is high, but with that you can quality in every aspect.

The hoverboard comes with a dual 400W motor, LED light, bluetooth speaker, performance tires, and the ability to handle slopes of up to 30 degrees (their classic model can only do up to 15 degrees).

Neck-to-neck with the EPIKGO Sports Plus is fastest hoverboard made by Swagtron, one of the top hoverboard brands. I’m talking about the Swagtron T6 Outlaw whic

h, like the above, also reaches a top speed of 12 MPH, which ties it with the EPIKGO Sports Plus as the fastest hoverboard in the world.

This heavy duty beast of a board is as good as it gets when it comes to offroading, with its 10-inch wheels (the largest they come in), and it can handle an insane 420-pound (190 kg) rider!

Based on my research, 12 MPH is still the fastest maximum speed listed by any hoverboard out there. Definitely some users will be able to get individual hoverboards to higher speeds with the right conditions, though.

I’ve sifted though tons of articles claiming that certain hoverboards have 12.5, 13, or even 15 MPH upper speeds, but I have yet to see this information claimed on a manufacturer’s site. Other top speed hoverboards seem to be no longer available or indefinitely sold out.

This could change any day, though, and I’ll sure update this page as soon as I hear about a new fastest hoverboard in the world! If you know of a hoverboard that goes faster, feel free to contact me and let me know!

Get your FREE Guide on Hoverboards

0 shares
Special offer for our visitors

Get your Free Guide on Hoverboards

We will never send you spam. By signing up for this you agree with our privacy policy and to receive regular updates via email in regards to industry news and promotions